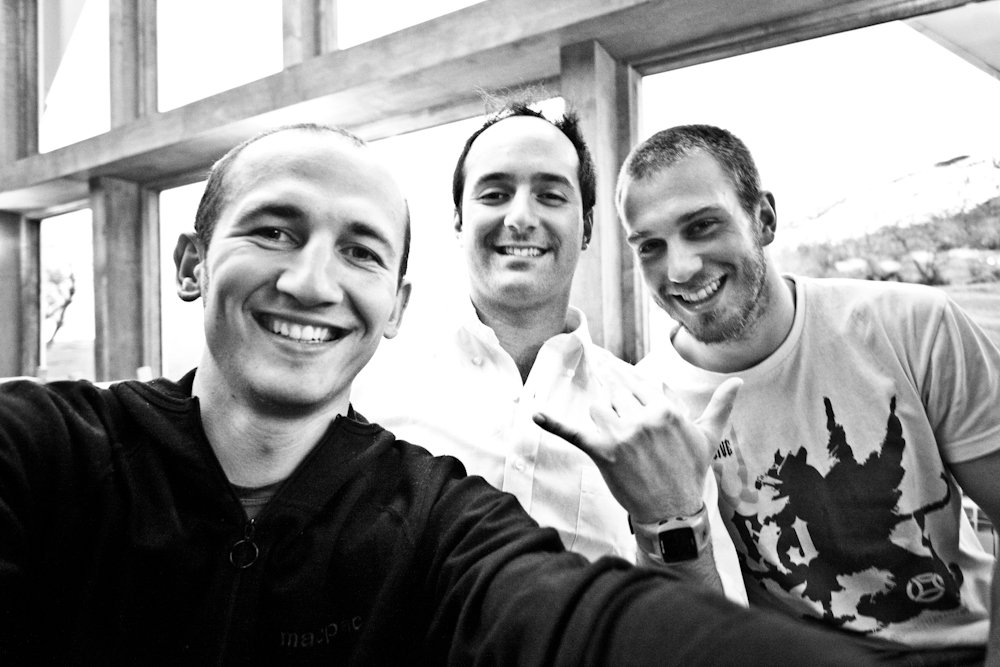 According to the local coffee shops raggy edition of the Lonely Planet’s “Chile”, Torres Del Paine has approximately 100,000 flower tramplers per year. An astounding number of wide-eyed gringos for any destination.

Especially if you consider that the main walk[s] consist of half a dozen variations to a set track, the paths themselves in most places are no more than 1m in width. Pushing through a hundred smelly backpackers as you traverse the peaks of this beautiful terrain would be a horrible horrible thing … that’s why the best time to visit is pre-season! (shh. . don’t tell anyone)

There exist many pros on which I’ll concentrate first - in exploring the Torres Del Paine Mountain range pre-season. First is the lack of Germans with their walking poles behind every bush. History has shown, its never good to have them band together and march great distances through a foreign land.

The next really depends on how luxuriously you wish your stay to be. There’s a number of hotel$ (privately owned), camping sites at literally every trek intersection, as well as a small number of refugios. Which are nothing more than … well, a bed, roof, kitchen, + fireplace to air out your socks, these are also privately owned although the stay is malleable starting at $30odd USD per person. Simple benefit for the pre-seasoned traveller is space. In a typical high-season, bookings seem to be essential due to the firehose of willing participants. We ended up staying in a bunk-bedded room with a Korean gentleman who I can only assume was full of Godly praise for his 2-minute-noodles as he devoured them slurpingly and Roman-awakedly.

First night we stayed at the campsite alongside Hosteria Las Torres, as they wanted to charge over $300USD for the night, per person. Not to be put off, the campsite is well trimmed and looked after, so spending the night away beneath the Torres was actually very comfortable. By venturing into the Las Hosteria for a sip of the local brew, we met Ignacio, the “Aussie Lover”. Formerly a stock broker from Santiago, followed by oyster shucker in Broom, and resident of Bondi; is now a guide within Torres Del Paine.

The first days trek of the W-course is around 11km by foot, we elected for a different approach. Horses! Throughout the ‘off-season’ the Gauchos (people who beat these beautiful animals into submission, aka cowboys) let the horses roam free throughout the park. They started collecting them only days prior to our arrival. It would be remiss of me to not refer to them as ‘rock climbing horses’ or as Rob put it “mountain ponies”. The feats these wonderful beasts performed were incredible. Throughout the ‘horses-only’ trek, which is closer to the edge of the river, and in my opinion a significantly better view than achieved by plebs on foot; our companions were able to scale near perfectly flat rock faces of nearly 30º (I had a protractor with me…) with surprising ease. Have never seen a horse do anything remotely close, mind you, this was officially my second ever horse ride.

The vistas available within this part of the route (Las Torres -> Los Cuernos) spoilt us considerably as for the hours after dismounting, the rain and wind conspired together, and decided to test our gear; everything held up extremely well, apart from my atrociously designed Salomon Cosmic 4D GTX. Bad bad shoe. They’re very pretty, just don’t buy them, at least not if you want to actually use them.  Having finished the walk, the views available on this leg were still the best part of the whole week. Make sure you spend considerable time, and camera memory here. Unfortunately I couldn’t hand hold my camera, whilst attempting to detract my four-legged “sure-foot” (name credit to Rob) from sniffing the butt of the horse ahead, and not smacking me into the lower branches of trees. Photography-wise, the plebs win here.

By the time we arrived at Campento Italiano, I could have cooked several packets of spaghetti from the water in my shoes. Mainly this is a campsite, with a single wooden shack with a dirt floor, to shelter the pilgrims on their way through the park. We found a very friendly, fast talking, brightly coloured (I thought my jacket was bad!) French-man with A.D.D., we proceeded to borrow a bunsen burner he had in hope of heating up some canned ravioli, to somewhat offset the cold gust of wind and now splattering of rain.

Upon drying my socks on the rocks next to a fire, and clamouring into the tent before the next wave of ice-cold water deluge from the trees hit me, I rested.

The stormy night, was followed by a more impressive morning. Donning the daypack filled with camera gear, we rushed up to Mirador Frances, to see remnants of a glacier from the lookout, although after witnessing the mighty Perito Morino the week prior, it quickly underwhelmed. Am not sure as to why it bears ‘French’ in the name of the valley; there is not as much dirt, didn’t see any dog faeces or foreigner-disapproving, baguette-wielding locals pretending not to speak English as you ask them for help at 2am… but I digress. Even the French-man from the night before was unimpressed.

It is said that during the bloom of the season, the French Valley is one of the most beautiful sights due to its microcosm of flora from around the park.

Continuing along the path, this time towards Refugio y Compamento Pehoé, we were once again greeted by some of the friendly wind. Upon arrival, only slightly wet this time, we found solace in seeing walls, and an actual floor, a roof and to further top it off - a fireplace! It appears about 10 more people were sold on the same idea at $35USD, so an evening of pasta, tuna, chocolate, and sharing of travel stories with the fellow wet-feeters ensued.

The W-trek can be started at either side, right->left, or in reverse. At the end of our W, was the administration building; highly discouraged by other travellers due to being a trip of boredom, although quite an easy 18km walk.

As we left the protection of the refugio, en route to the administration, we spent over an hour within about 100 metres of the refugio itself; the weather finally turned, even if for only two hours, to let us capture some of the beautiful landscapes that exist within the park. Most notably right near the refugio; the owners sure know how to pick a good spot!

Arriving at Administracion CONAF, the wind almost pushing us out from the park. Continued to belt at full strength. Lack of open-season, resulted in this case the local hotel/hostel to be shut, with the only option 2mm of nylon + polyester tent to protect us at night from the whistles and face-shredding wind.  Had no choice, but to whore ourselves out to passing cars making way in the direction of Puerto Natales. Luckily for other 99,998 gringos that will visit Torres Del Paine this year, not only are the local drivers, but other tourists also happy to give you a lift. Unfortunately hardly anyone is travelling in the same direction, and duration. After just over 40 minutes of excitedly running up to stopping cars, with eyes of a 6 week-old hungry puppy; finally managed to snag a lift - on the back of a ute. Not only was the owner driving his whole family, but he still slowed down, and helped us. I take my many hats off to the driver.

Those are some of the more positive things about coming to the park before the season officially opens. What any visitor has to realise is that one of the most unpredictable parts, is the weather. Not only overnight, but within 30 minutes can go from postcard-like scenery to clouds that attempt to ruin the holiday by pelleting strategically placed rain drops into the open crevices within your poorly designed hiking boots. Other point to consider is food. If you visit when none of the refugios nor hotels are open, you will have to carry enough to sustain your ever-eager metabolism over the duration of the trek.

As an aside, the day following our return to Puerto Natales, was the Chilean Independence day. Complete with a parade, BBQ’s at every corner, and festivities for kids within the fire station. It was great to retreat to one of what became the warmest place to lunch when in town, Cafe Toore with its own “Patagonian Consultant”, Sergio, and as you can see in the photo, his daughter.

Consuming meat for breakfast, lunch and dinner at every opportunity, Dieciocho (Chile National / Independence Day) on September 18th was close to my stomach. Devouring a couple anticuchos, followed by some Mote con huesillo, it was an amazing conclusion to the first leg of this South American adventure.