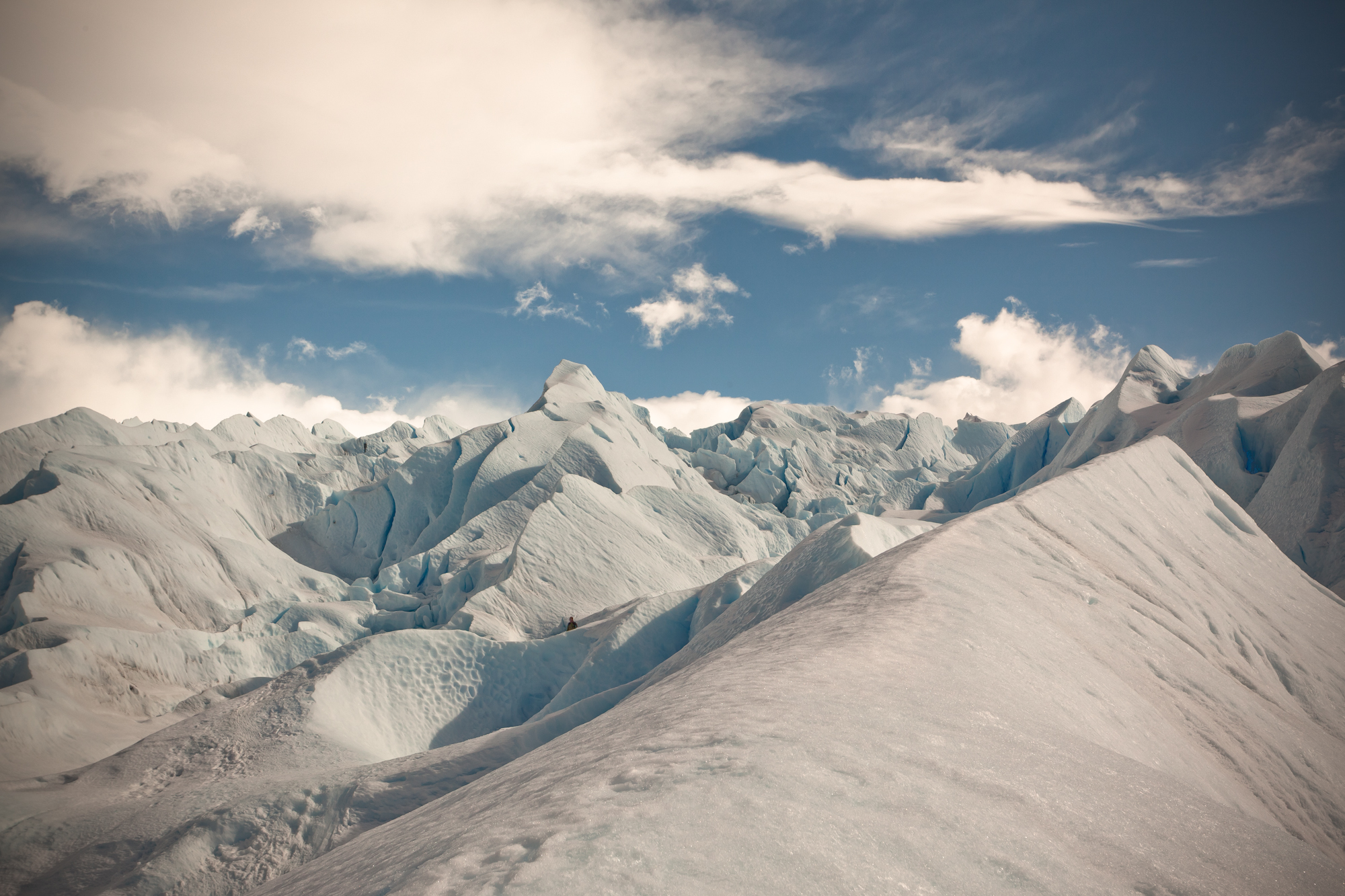 Growing up in Ukraine, I’ve seen my fair share of snow, blizzards, and every temperature from -40ºC through to 40ºC, although upon arriving in El Calafate, which is a small town in the Patagonian region of Argentina (that should be oft-described as a tourist trap… - on that later) - the first stop was to be the famous Perito Moreno Glacier which is a magnificent spectacle that is difficult to explain and take in.

Interestingly enough, the best view is far away from the the glacier itself, and on one of the Los Glaciares National Park’s viewing platforms.

By far the most enjoyable part of the journey to the glacier was donning some crampons and spending just under two hours walking around and having the history, growth spurts and inevitable ‘shock’-stories being told by our guide Diego.

After the completion of the walk, we were surprised to be greeted by a table full of glasses, some local chocolate, and a bottle of whiskey. To top it off, the ice for the tumbler, was chipped from the glacier itself.

Newer
Sh-t I took Older
Out of Office